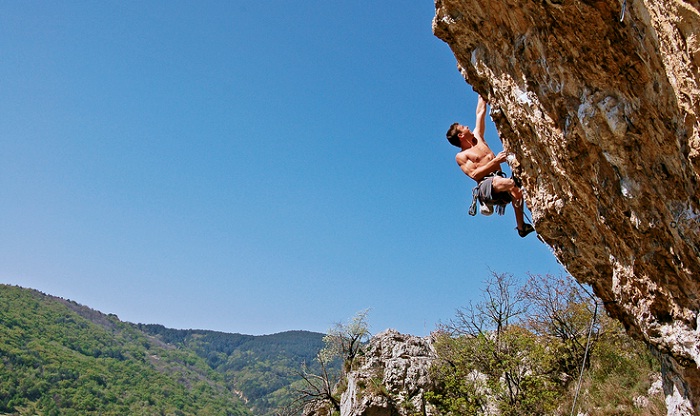 No one knows exactly when, but everyone says, long time ago, there lived a king at the foot of a high mountain. One day, a group of robbers were crossing the foot of that mountain and noticed a beautiful queen inside the hut. They stopped and planned to snatch away the queen. The king becomes aware of the evil motive of the robbers and lifting up the queen on the shoulder, he fled away to the top of that mountain and since then, climbing becomes one of the popular high mountain sports.

Every product is independently reviewed and selected by our editors. If you buy something through our links, we may earn an affiliate commission at no extra cost to you.

Yap, whenever we hear the word mountain, we start imagining a lot of things about mountain. Mountains are high and we have heard a lot of tales in our childhood. So, we stash our dream of climbing a high mountain and having a look at that beautiful queen in the deep heart. As time goes by, we come to know that really mountains are mysterious and full of adventures and some day we visit to a mountain club to cease our thirst of adventure.

Not only climbing, but also there are many other popular sports, which are performed over the high mountains. Excessive rain, rock collapse, ice collapse, lack of oxygen, rough terrain these are the very common scenery of mountains. So, mountain sports are always high risky and require training, practice and well developed skills. You need courage and you have to have a strong physical fitness to take part in any such sports.

You will get a short list of top ten popular sports here and in this page we will show you the top five high mountain recreational activities which are celebrated to the courageous people. If you have already decided to win the high mountains, you may then choose any one from the following sports, which will definitely intermit your yearning of adventure. 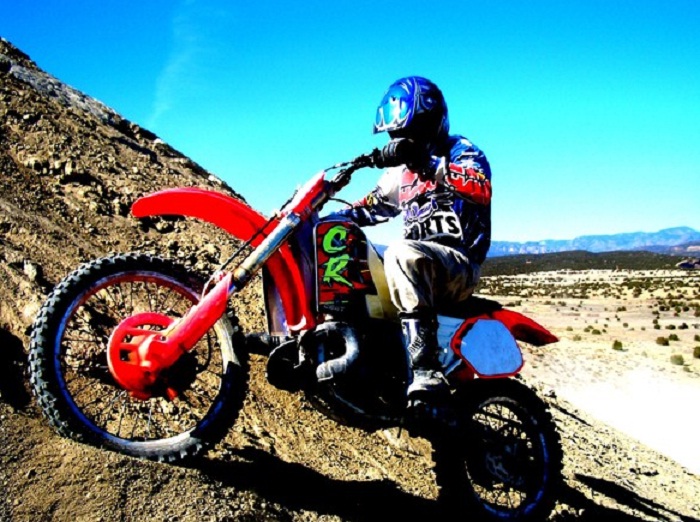 Motorbike Expedition
A few days ago, we went to HDNYC (Harley-Davidson New York City) to take some close shots of the world’s top favorite motorcycle. The honorable dealer of the Tribeca shop is very hospitable and he started gossiping with us. The main subject of our haunt was recreational activities with motorbike.

The dealer told us the ins and outs of famous motorbike expeditions like Supercross, Motocross, Observed Trials and Enduro. Among these four competitions, I, the writer of this portion of the post, become very much interested to Enduro. The name “ENDURO” comes from the word “endurance” which indicates the nature and rules of the Enduro.

Enduro is the test of endurance between the rider and terrain within the allotted time. It is the most celebrated form of off road motorbike sport. The mental ability to accurately assess situations and physical fitness are highly demanding in enduro racing as the racer have to win low-hanging tree branches, wooden chock, rocky upgrades, splashing through streams, riding up and down hill on grit, dirt, sand and even slushy terrain for long distances.

Americans are always the big fan of motorcycle racing and the most famous enduro racing in the United States is GNCC series which stands for the Grand National Cross Country series. Each race of GNCC is 180 minutes long and racers are to follow a preset track through the woods, mud, forest, sand, across creeks and whatever terrain makes up that part of the east coast country. The bikes of GNCC are also different from other motorbike expeditions. All the GNCC Enduro bikes are with a larger gas tank. 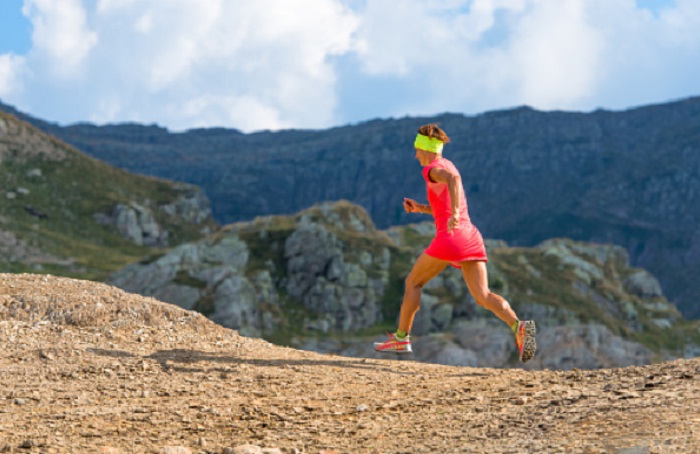 Skyrunning
How about to have a fun before diving deep into Skyrunning. Okay, one day in last winter, I woke up early and went out to warm up my body. I started jogging from the very door of my house and after passing a large lake, I saw a couple of fairy wings lying beside the lake. I took them and curiously wore and started jogging again wearing those wings.

After wearing those wings, I felt much energy that I started running and a few seconds later, my speed became so fast that I started flying. Wow, that was an awesome experience. I am flying over the sky, at times, landing on the large pieces of cloud and running on them, again flying.

Okay, okay, I am just kidding. This is not skyrunning. But, at the first listen of the word “Skyrunning”, I imagined just like that dreamy thing. However, Skyrunning is a discipline of the mountain running. According to International Skyrunning Federation, “running in the mountains above 2,000m altitude where the climbing difficulty does not exceed II° grade and the incline is over 30%”.

You may have enough experience of running on the road with the noise of vehicles, you might have taste of running among the trees, but skyrunning is much more interesting. Going to the mountains with no heavy equipment, going up to the mountain and down again as fast as possible and in the same time enjoy the beauty of nature to the fullest, these are the three common features of Skyrunning.

Are you become afraid of Skyrunning? No need to be so frightened. Ian Sharman, director of the U.S. Skyrunner Series, says that- “There’s no reason Americans can’t do it. We’re not worse runners, we’re not wimpier or anything like that.” So, if you love fun, excitement and like to enjoy the beauty of mountain, feel free to have a visit to the RULES of International Skyrunning Federation. 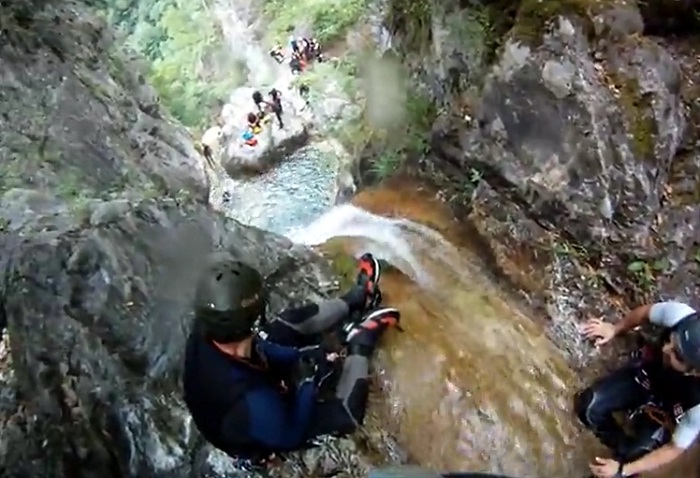 Canyoning
Canyoning is another popular high mountain recreational activity. To imagine the pleasure of Canyoning, you need to know, what is canyon. Maybe, you have heard the name of America’s largest canyon and that is The Grand Canyon, located in the state of Arizona.

The term “gorge” is synonymous to canyon, though a george is more steeper and much narrower than a canyon. You know, rivers have a natural tendency to cut deep into the river bed because of it’s water pressure and a canyon is formed because of this type of long-time erosive activity of a river. It is generally an embossed landscape of nature between two natural escarpments.

So, Canyoning is a recreational activity in which canyon plays a major role but other outdoor activities including swimming, jumping, rappelling, backpacking and walking are also performed. To be more simple, Canyoneering or Canyoning is travelling in Canyons. This is another way to enjoy the extreme beauty of nature. To enjoy canyoning to the fullest, you will have to exercise ropework, down climbing, jumps and technical swimming in the george.

People of all ages with any skill level can enjoy canyoning because, it is not any competitive sports, but it is a non competitive recreational activity. You along with your father and son can go out to have a canyoning. Waterfalls are the most attractive and an inseparable part of ideal canyons. Actually, ideal canyons are the combination of human effort with natural contribution to the outdoor recreation.

As, the popularity of canyoning is increasing day by day, a lots of specialized gear is invented each year to satisfy our lust for canyoning. semi-static ropes, helmets, climbing hardware, wetsuits, special shoes and down climbing waist belt will lead your canyon travelling to the heavenly feeling. Well, how about to have a visit to Colorado Plateau to enjoy canyoning this year! 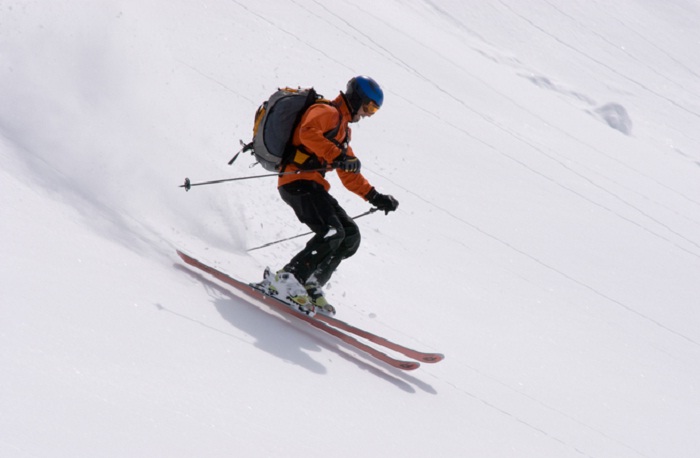 Alpine Skiing
Sliding down a mountain on skis through snow powder with the sun glistering on surrounding snow covered summits, clear sky over the head, warm feeling in cold weather, has become one of the most fantastic feelings on earth. Gravity takes you from the alpine of the mountain to the foothills in Alpine Skiing and the popularity of this sport is incredibly increasing day by day.

Not only Alpine Skiing, but also each and every type of skiing is the sport of balance. You know, snow is slippery. Moreover, mountain slopes are exceedingly steeping. So, balance is very important to keep yourself away from any injury. The more you will be able to keep yourself balanced, the more this recreation will be enjoyable to you.

Skiing is also good for health. Skiing for only six hours can easily burn 3,000 calories and you can loss your weight up to five pounds from skiing for one week. Skiing can tone up your stomach muscles, improve your immunity and even decrease your mental depression and anxiety. So, you can start skiing to keep yourself healthy and fit.

Alpine Skiing is the art of keeping yourself steady and speedy on the slippery mountain steep slope. So, to become a master of this art, you need to practice some easy techniques. First of all, you should start walk up the mountain slope, rather than taking up the opportunity of ski lift. It will help you to maintain your balance on skis.

Crouching position for long time is must for gliding down on skis. It needs your thighs to be strong enough. So, you can start developing your thighs right from tomorrow morning. Fast short stepping while bending down your waist, half squat, rope skipping and leg stretching will make your thigh stronger. These ski tips and useful exercises will lead you to be an expert skier within a few weeks. 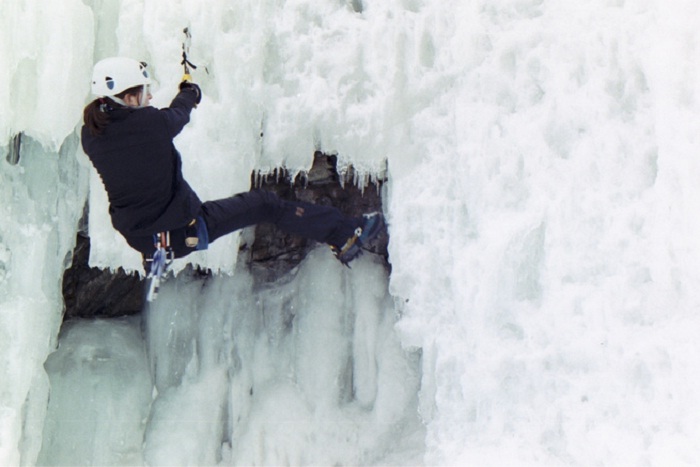 Ice climbing
Ice Climbing is the top most popular form of high mountain sports. It is very popular to the winter lovers. In winter, or because of very low temperature of weather, waterfalls become frozen, and mountain cliffs become ice covered to entertain us. In this way climbable ice walls or rock slabs are being formed.

To be more exact, Ice Climbing is the sports of climbing-up the inclined or stooping ice formation. Generally, ice climbing refers to the protected climbing of features such as icefalls, ice covered mountain cliffs, frozen waterfalls and rock slabs covered with ice refrozen from flows of water using rope, crampons, ice axe with few more things.

Mainly, ice climbing points to the alpine ice which is found in the mountain environment and is often climbed in an attempt to reach out to a mountain peak. Most of the alpine ice is usually the single component of a longer route, having more in common with standard glacier journey.

To enjoy ice climbing, you have to go to an expert and experienced ice climber near you, because you need to learn a lot of things to avoid injury. If you take proper lesson from an expert, you will quickly get yourself falling in love with ice climbing.

You also will need to buy some essential equipment like ice tools, crampons, harness, boots, helmet and rope to enjoy ice climbing which may cost you up to one thousand dollars which is not a very large amount to enjoy the dreamy taste of glacier, but another important thing is that, without properly knowing the use of those gear and apparatus, your first ice climbing egress could potentially be your last one.

These are not only the popular high mountain recreational activities. You can pick any of them to make your body fit and disease free, because all mountain sports are technical and subject to hard labour and you know better, what hard labor with eagerness can do for your health. After all, mountain makes our mind refreshed and splashed. So, have fun and enjoy your time! 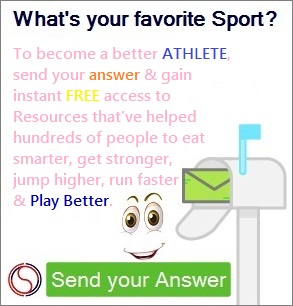